Hi, I’m Kim Atkinson, percussionist, rhythm educator/evangelist, and the driving force behind PulseWave Percussion. Studying rhythm, and cultures that give it prominence, has been one of the most significant currents in my life. I discovered African drumming in 1973 while a psychology/natural science student at Sonoma State University in Rohnert Park, California. My four-year encounter with Yoruba dancer/musician/teacher A. O. Vidal led me to study linguistics, ethnology, mythology, history and perception, along with music, and in the process changed my world view. Drumming and drum culture has invigorated my life and given me a clear direction and fulfilling service.

I became an instructor, not by choice but because Vidal asked me to teach his workshop class. Thus, after a year and a half of learning drumming, I was teaching it, often to music majors who knew more about European music than me!  This inspired me to learn more about my own heritage and to become fluent in the language music in general. Being initiated into teaching while such a new learner has been, and continues to be, especially significant for me. It forced me to confirm and clarify what I know and don’t know, and to present it in a succinct manner accessible to the beginner’s mind. I seem to be blessed with a skill to quickly determine what people are missing and then deliver it to them in a way that makes them feel good about learning. People have called me a master teacher. After many years, I have decided to accept this title. I thank and acknowledge everyone who has taught me, including my students.

Other key encounters for me have been studying and performing with Kwaku and C. K. Ladzekpo, master artists from Ghana, West Africa. C.K.’s insistence, in his U.C. Berkeley African Music class, on keeping the main beat while speaking drum language and clapping bell or clave parts has become the basis of the method I use to teach myself and others. In 1977, Kwaku taught me all the bell, rattle, calls, and support parts to fifteen traditional Ghanaian rhythms. Having this amount of authentic material at hand as a young performing musician was invaluable. 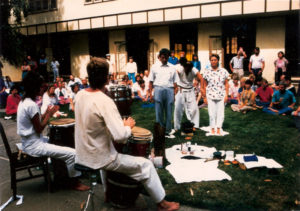 In 1984 I met Brazilian Shaman Antonio Costa e Silva. He encouraged me to expand my awareness to observe the effects of my drumming on others and myself, and to pay attention to the quality of energy surrounding my thoughts and actions. Through him I was initiated into playing for healing ceremonies in the Brazilian Umbanda tradition as well as exploring facets of Tibetan Buddhism. I studied with him for ten years and have played for countless ceremonies. In 1989 I traveled with him to Brazil and spent 5 weeks visiting temples and communities, playing for ceremonies and learning deeply about this amazing culture that has embraced me. 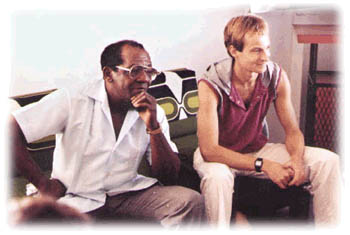 In 1985 I traveled to Cuba and studied with Pello el Afrokan, creator of Mozambique (Cuban Dance and Music.)  This journey has resulted in the creation of my Mozambique videos.

The trailer on YouTube now has over 90K views.

In 1996 I started PulseWave Percussion as a business in order to reach more people with my innovative teaching methods and holistic view of music, dance and life, incorporating what I’ve learned from many forms of music and a variety of teachers. My studies at university included not only African music and dance, but World music survey, listening skills, electronic music, Latin American music, Jazz history, Chorus, dance classes, accompaniment, humanistic psychology, physics of music, the paranormal and more. On my own I have spent innumerable hours studying books, recordings and video of Cuban, African, and Brazilian music, dance and culture. In my pursuit of understanding the basics of musical time I have spent hours working with notation and drum machines. I have also taken more than 50 hours of TAKETINA training, a rhythmic bodywork developed in Europe by Reinhard Flatischler. Since 1973 I’ve observed and participated in innumerable music and dance sessions and have distilled and refined my ideas about what makes them work (or not).  I have developed my methods carefully and am constantly learning. I found that learning to speak rhythms while clapping the main beat or Clave pattern made learning the material easy – so created the Speaking of Rhythm rhythm mastery series.

Northern California multi – percussionist Kim Atkinson has been an energetic presence on the San Francisco Bay Area music scene since the 1970′s. His initial studies in Nigerian, Ghanaian and Congolese drumming lead him to Brazilian shamanism, Caribbean music, American jazz, folk and popular music. He has performed and recorded with master musicians and dancers since the 1980′s and is respected as an inspiring performer and gifted teacher who brings psychological, spiritual and scientific insights to his presentations. In September 2004 Kim performed and facilitated with Micky Hart’s “Planet Drum”, holding the groove for over 4000 other drummers at the annual Earthdance event in Northern California. Kim directs the Carnaval Spirit Parade Group, his rhythm fusion band ” Samba Lumina” and performs with other groups in many styles. His many rhythm educational products are distributed and used worldwide. His most recent release is a CD of original, traditional and innovative arrangements for Brazilian Bateria. 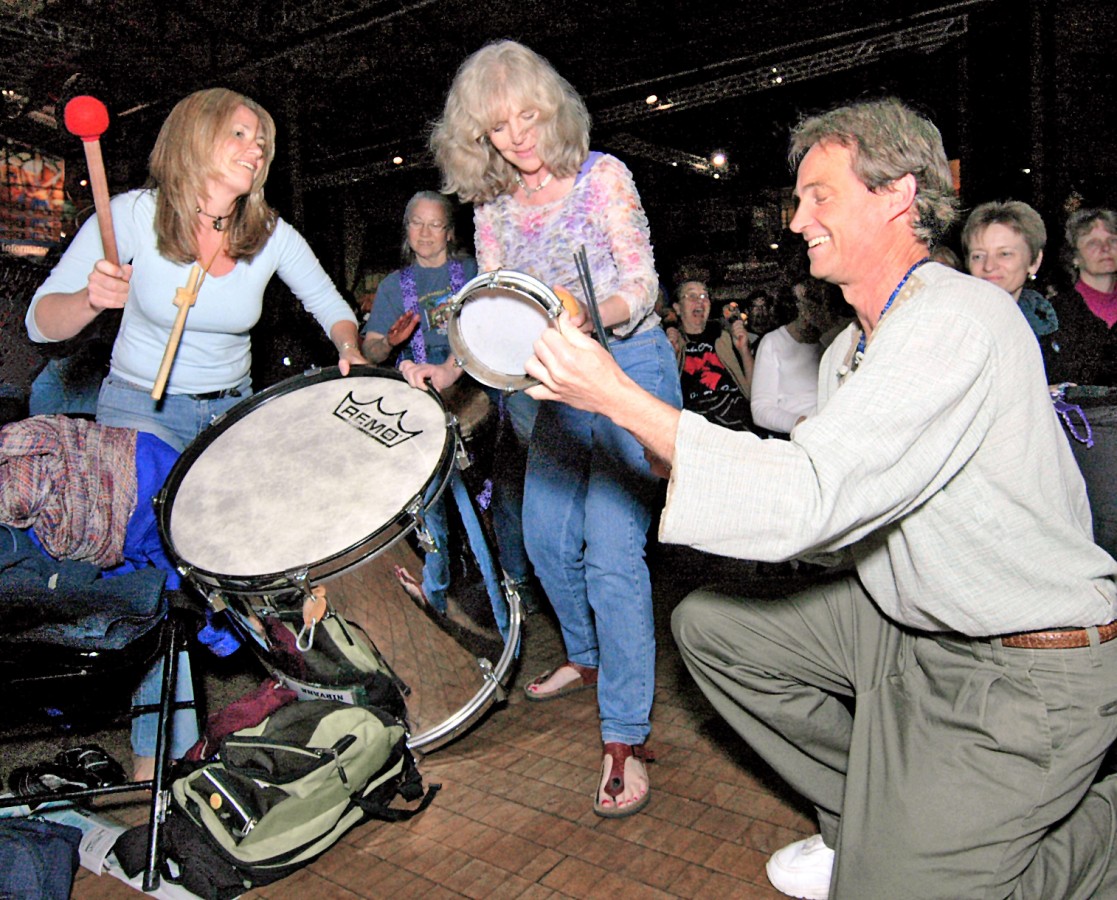 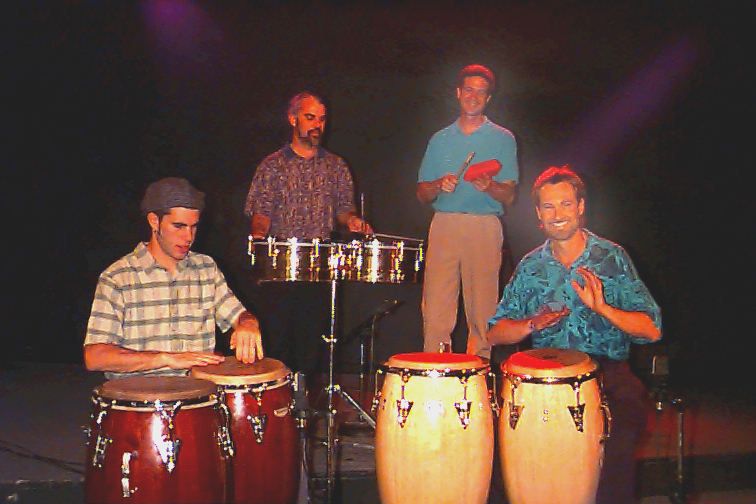 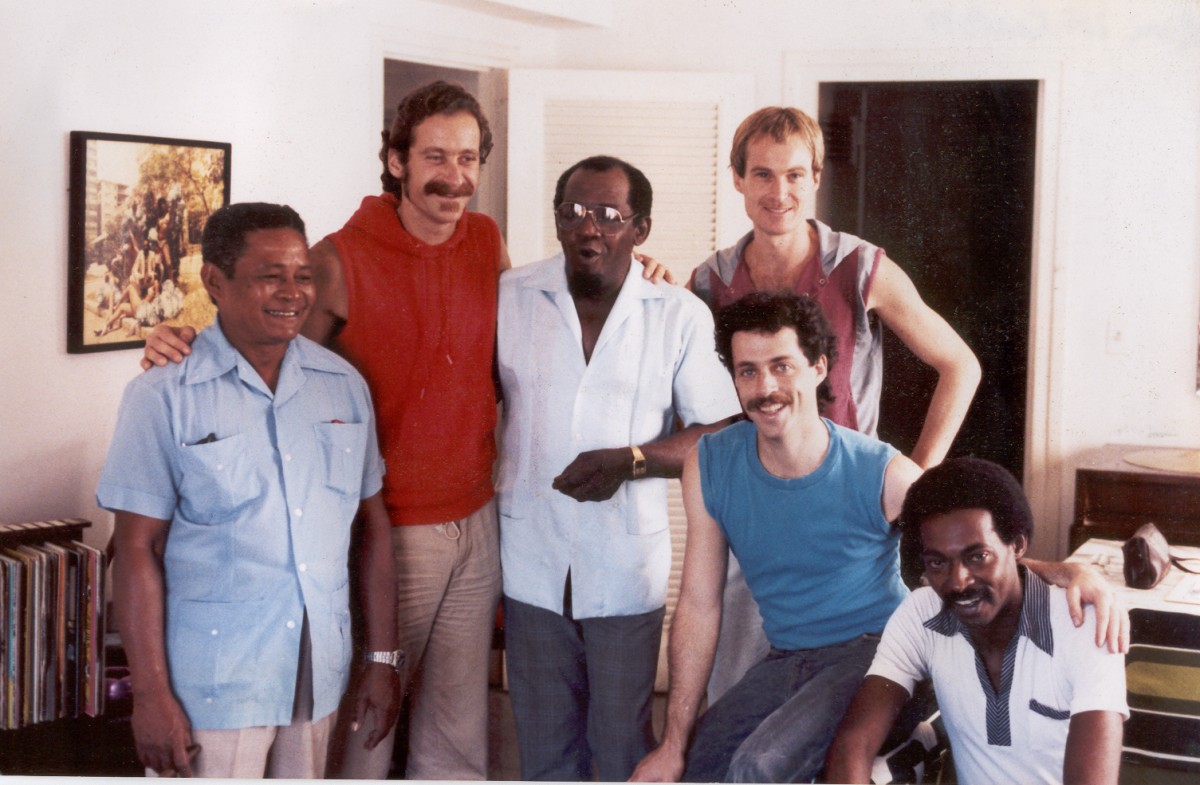 My music can be heard on the following recordings, and many others as well. Album titles are in bold, followed by the artist or group.

Here is a partial list, with links to some of the work I’ve done.